Israeli And Palestinian Women: The Only Way Forward Is Together 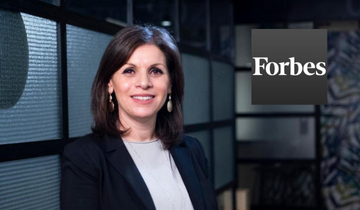 It’s been almost four months since the latest escalation between Israel and Hamas— violence that left 243 Palestinians dead, including 100 women and children, and 12 Israelis, including two children. Although the violence has stopped and people worldwide have moved on to the next trending international crisis, Israelis, Palestinians, and their families in the diaspora continue to suffer the consequences of living in a constant state of war.

Because even when the bombs aren’t falling, and rockets aren’t ignited — tensions remain.

These tensions have festered for 73 years — since Israel declared its statehood from the British Mandate For Palestine after Britain’s 30-year rule over the region. The two sides are well entrenched in their positions and comprehend reality accordingly.

But, despite the varying understandings of the conflict, a few things remain true. Both Israelis and Palestinians, two groups with their own cultures, identities, and histories, are connected to what is known today as Israel. And they both live there. There are more than 9 million people in Israel, including Jews, Christians, and Muslims. Of that number, 1.9 million are Arabs, comprising roughly 20 percent of the population. Most are the descendants of Palestinians who remained in Israel after the 1948 Arab-Israeli war and automatically became citizens of the country. (There are also approximately 2.1 million Palestinians living in Gaza and over 3 million in the West Bank, often referred to as Palestinian territories.)

Although the two groups technically live among one another and next to each other, Israelis and Palestinians are growing up and living vastly different lives. Israeli and Palestinian children are learning different histories about the creation of Israel. They have different views of what life was like pre-Israel. And many say both peoples are groomed by their respective societies with a lack of understanding and empathy towards the other. Oftentimes, they say, this leads to each group misunderstanding and mischaracterizing the other.

So whenever an escalation in the conflict arises, like the latest situation in Gaza, loud voices on both sides call for the statehood of one group at the expense of the other.

Oftentimes, though, the hate and noise overshadow voices that call for equality, peace, and unity. These voices advocate for a future where Israelis and Palestinians — two groups of people with historical ties to the land — can live among and next to each other, break bread together, with equal protection, rights, and without a border and separation wall.MORE FOR YOUSpring Health Notches A $190 Million Series C At A $2 Billion Valuation, Making CEO April Koh The Youngest Woman To Run A Unicorn4 Ways To Build A Strong Personal Brand5 Ways To Be Successful With E-Commerce

These voices believe coexistence and understanding is the only way for an equitable future for Israelis and Palestinians — and many leading the fight are women.

These women — both independently and part of nonprofits and organizations — are working to bridge the gap, break down the walls — both literally and metaphorically — and build a world where Israelis and Palestinians aren’t enemies but neighbors and friends.

Each person’s story about their experiences is powerful, as each person interviewed has suffered trauma because of the other group. But everyone here puts aside their pain and anger to advocate for a more just future for both peoples.

Over the next several weeks, ForbesWomen will release profiles of each woman and organization to share their authentic truths, stories, connection to Israel/Palestine, and why they believe the only way forward is together.

Below is a snippet of each woman and organization profiled.

Note: We struggled to find a Palestinian woman in Gaza to openly speak in fear of retribution from Hamas, the “Palestinian resistance group,” or fundamentalist, militant, and nationalist organization that controls the region. We spoke to a Syrian woman instead who lived in Gaza from 2017-2020 and who worked with the Gaza Youth Committee before being arrested and jailed for months for organizing a Zoom call with Israelis.

At least ten generations of Dr. Dalia Fadila’s family have lived in Tira, a city in the center of Israel. And after 1948, when Israel became a country, her family remained.

Today, Fadila and her family are some of the nearly two million Arabs who live inside Israel with full citizenship.

Fadila has dedicated her life to education and using it to improve the lives of Palestinians and Arab Israelis in Israel. She became the first female dean of an Islamic college in Israel and opened her own set of schools with multiple locations around the country.

“It’s as if we [Arab minority] are on hold, waiting until there is kind of a resolution — a two-state resolution and Palestine is independent — and as if there is no legitimacy to whatever investment we have to do for our infrastructure, resources, economy, even cultivation of a kind of a culture of our own,” Fadila said.

“If we want two million people inside Israel, Arab citizens in the state of Israel, raising our kids here to be excellent students in an Israeli schooling system and higher academic system — and to go on and be employed and be part of the workforce inside Israel — it is our responsibility to give back to this community.”

“And of course, I am looking for a solution. And, of course, I am for a just solution and a humanitarian solution. But, still, my career and whatever I do around education, development of resources, intellectual resources, and economic resources, I do it because I believe our community inside Israel is entitled to investment and unique investment of its own.”